Cruiser vs. Power Cruiser. Which Kind Of Motorcycle Is Best For You?

You hear the low rumble of a motorcycle in the distance. Soon you will be buying a new bike. You’re leaning towards a cruiser. But cruisers have engines with displacements ranging from 250 CCs to more than 2500 CCs, weighing from 150 kilograms to more than 425 kilograms, and having from 21 to more than 160 horsepower. And there are regular cruisers and power cruisers. You’re not sure what to choose?

The motorcycle you choose makes a statement about who you are. A cruiser lets people know you’re a bit of a rebel and someone who likes the freedom of the open road on a sunny afternoon. But these days, with power cruisers and the inclusion of some of the latest technology, choosing a cruiser might also mean that you are a high-performance rider who likes speed and tight corners.

Whether a cruiser or a power cruiser is best depends on how you ride and how well you ride. Mostly. Choosing a motorcycle isn’t just based on rational thinking. It’s also based on which bikes excite you. That said, choosing based on the latter without regard to the former might have you re-shopping for a new motorcycle sooner than you’d like. 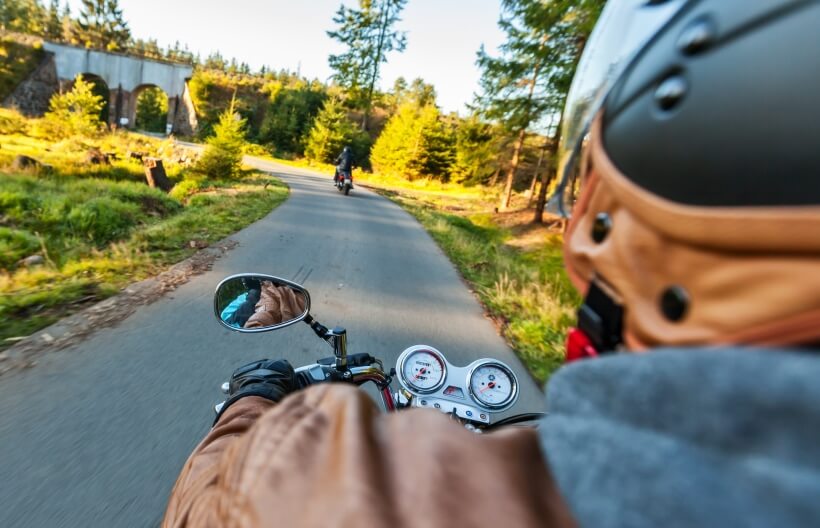 Cruiser vs. Power Cruiser: What Sets Them Apart?

The line that separates when a large displacement cruiser becomes a power cruiser is a little blurry. Some bikes would seem to fit in both camps. That said, here are a few characteristics that generally define each category.

Even modern cruisers (including the ones made in Europe and Japan) are usually reminiscent of the traditional American motorcycles from the 1930s to the 1960s, but with more updated technology. Typically, they have forward foot pegs and high handlebars. Riders can put both feet flat on the ground because of the low seat height. And they are usually quite comfortable to ride.

Stylistically, they often have teardrop gas tanks, V-Twin engines, and chrome. Some styles strip down and blacken the chrome to have a stealthy look. Either way, cruisers look cool.

From a riding standpoint, the low ground clearance may hinder them from doing tight turns or spirited riding in the twisties. Expert riders can push them to their limits by scraping the pegs, but this isn’t something that every rider either has the skill or inclination to do. Their design is for cruising the open road or parading down the main street and not for spirited riding. 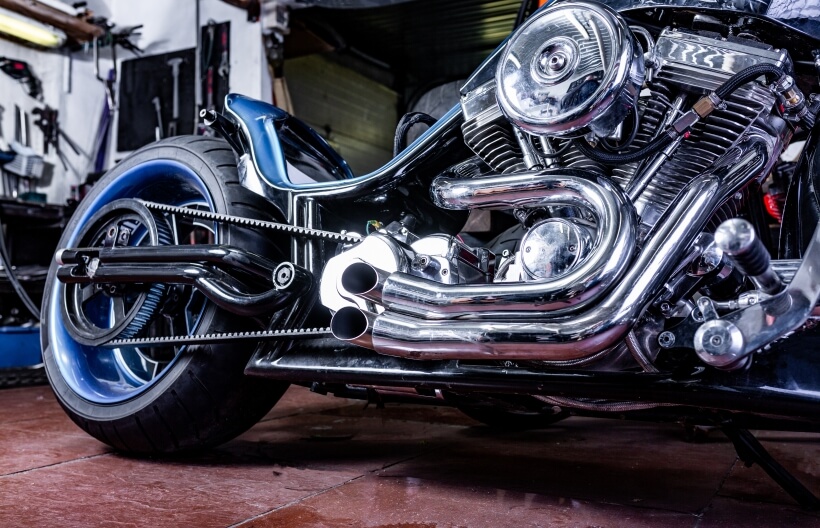 The pegs are usually more under the rider, and the rider may sit a little further upright. That said, some power cruisers are just high-powered cruisers, so they aren’t much different from a riding style perspective.

From a riding standpoint, the higher ground clearance allows for tighter turns and much more spirited riding in the twisties.

Stylistically, power cruisers may take the traditional styling of cruisers as a starting point or make a radical departure. They don’t have a standardized look. One of the first in this category was Yamaha’s V-Max (dating back to 1985). It had a unique look. When you saw that bike, one word came to mind: muscle.
Power cruiser examples (not all current) include Triumph’s Rocket III TFC (one of the largest at a whopping 2500cc), Ducati’s Diavel 1260, Yamaha’s classic VMAX and Star Rider, Suzuki’s Boulevard M109R B.O.S.S., Honda’s Valkyrie, Moto Guzzi’s California 1400 Custom, Indian’s Scout, Harley Davidson’s FXDR 114, and BMW’s R18.

Here are seven questions that will help you decide whether a cruiser or a power cruiser would suit you best. 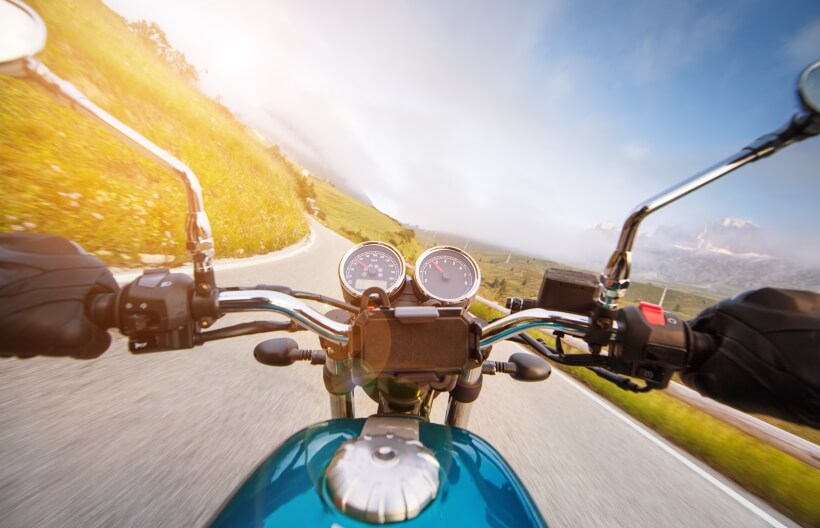 When it comes to cruisers and power cruisers, there are no hard and fast rules. Just about everything I’ve said probably has an exception. These seven question certainly didn’t cover all of the considerations you may want to consider, but were meant to just get you started.

At the end of the day, only you can decide. Happy riding!

Top 6 Most Expensive Cruisers Still Being Produced
Posted in: Bikes & Ride Reviews
We specialize in motorcycle insurance
Get your free quote in under 3 min now
get online quote now