Barb Piatkowski’s leadership at the Rider Training Institute is just the tip of the iceberg in terms of her enthusiastic participation in the riding community of Ontario. In this article, Barb reports on the International Women and Motorcycling Conference that she attended in Colorado in August 2009. Riding through the Colorado Rockies would certainly be the perfect supplement to any conference!

AMA History – the American Motorcyclist Association (AMA) has been in existence since 1924, and claims the task of protecting the future of motorcycling and promoting the motorcycle lifestyle. It boasts itself as the world’s largest motorcycling organization, lobbying all levels of government – both local and international, influencing public opinion, sanctioning competitive and recreational events, and preserving the heritage of motorcycling through the AMA Motorcycle Hall of Fame Museum, all on behalf of the interests of its members. 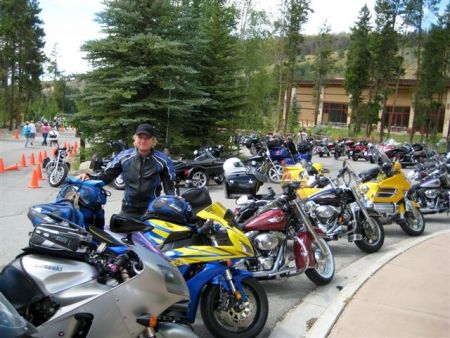 Location – the 2009 WMC was held in Keystone Colorado, approximately one hour outside Denver in the Rocky Mountain region. The resort location was an excellent choice, offering off-season rates and seeing attendees pretty well taking over the grounds. Stunning scenery with picturesque views all around, a well maintained and sprawling resort, pleasant staff and incredible roads for miles were what greeted guests. Although the prices were “resort” based, all services were conveniently located, and the seminar and ballrooms were adequately sized to accommodate the group. A shuttle service between resort venues made travel to planned activities easy.

2009 Lead-Up – for several months prior to the August event, detailed newsletters were periodically e-mailed to those that registered, as well as AMA advertising initiatives, predominantly in the United States. From my involvement with the Women Riders Council (WRC) of the Motorcyclists Confederation of Canada (MCC), I was led to understand that the AMA was undergoing major changes in upper levels of personnel, leaving WMC organizers at a loss for early finalization of some details regarding the event. The only noticeable evidence of this was in the lack of some early fine details surrounding: presenters, speakers and seminar topics. Otherwise, from an outsider’s point of view, the newsletters did their job in creating excitement around the anticipation of the event and advertising sponsors and speakers as they committed.

Canadian Involvement – the WRC of the MCC successfully negotiated sponsorship of the conference and formally gave the conference an international status, through both its presence and its hosting of the final evening International Street Party. The efforts of the WRC began the summer prior, and were considered a huge step in establishing the MCC as a “the voice of motorcyclists in Canada” to the AMA – no mean feat considering the historic relationship of the (still existing) Canadian Motorcycle Association as Canada’s representative, with both the AMA and the International Motorcycling Federation (FIM). 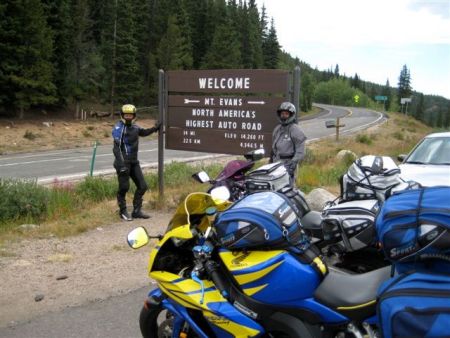 Attendees – reportedly over 1000 participants, including registrants, vendors, staff and volunteers were present for the conference, representing 40 states, Canada, the United Kingdom, Australia and Japan. There was a noticeable level of experience among the riders, many of which claimed decades of motorcycling and employment in the industry.

Review – the conference was a smooth success from my perspective, with a variety of seminars, speakers (including: Honda Red Bull Factory Race Team rider Ashley Fiolek, H-D Creative Director of General Merchandise Karen Davidson, and former Canadian Reform Party Member of Parliament Deb Gray, to name a few), and planned social events. Schedules ran on time, demo rides from H-D, Buell, BMW, Kymco and Ducati were on-going, organized or solo rides were arranged or mapped out, and there was constantly something to occupy the time of the participants.

My only real criticism would be that the seminars and less formal but scheduled talks were of a more beginner rider nature and did not focus on: rider education, motorcycle legislation or international themes of safety enough. Given the vast amount of experience that some registrants claimed, focus on these areas may have benefitted those that work in and around the industry when they return home to continue their efforts.

Closing Notes – from the conference, some interesting (American) statistics were offered: 80% of all buying decisions are made by women, purchase price of motorcycles is less of an issue for women than men, 12.3% of motorcycle owners are women, women outpace men in rider training courses, rider training courses rank as the number one influencing factor in purchase decisions, in 2008 5.7 million of the 25 million registered motorcycles were owned by women, and women are underrepresented (internationally) in the upper levels of the motorcycle industry. Also learned of were some industry initiatives, such as the creation of a full-time Women’s Outreach Manager position at H-D, and the creation of women-focused advertising by Kawasaki – an initiative of their female Public Relations Manager, Jan Plessner.

The conference was a motivating and inclusive event that was well supported by the industry. Although it could have contained a greater focus on safety, education and politics, it was a very worthwhile experience that specifically and successfully addressed a growing and unique group of riders within the motorcyclist population.

Attendee Information – Barb Piatkowski is currently the Program Manager and a Senior Instructor with the Rider Training Institute (RTI). She is also a Director of RTI.

How to Increase the Value of Your Home
Posted in: Home Insurance

How to Share the Road Safely with Transport Trucks
Posted in: Rider Training and Safety
We specialize in motorcycle insurance
Get your free quote in under 3 min now
get online quote now