Things You Need to Know About Letting Someone Borrow Your Car

There are some misconceptions about how car insurance comes into play when someone who has borrowed a car gets into an accident. Some believe that if they are paying for the insurance the insurance will follow them, regardless of what car they are using. This, however, is not the case.

Let’s go through everything you need to know about letting someone borrow your car and how this affects your auto insurance rates.

Types of Drivers Covered By Insurance

Before diving into the details of allowing someone to borrow your car, you should first know who is covered by your insurance.

Secondary Driver – A secondary driver is someone who uses the vehicle regularly, but not as often as the primary driver. If you want a secondary driver, you must add them to the insurance policy for the vehicle. They will have the same coverage as the primary driver but this will increase your premium due to the increased risk. However, If they have a poor driving history, it could increase your premium even further or the insurer may require you and the person with the poor driving record to sign an Excluded Driver form (restricting the other driver from using the vehicle insured).

If a secondary driver gets into an accident, your insurance will work the same as if you were in a crash, with your premiums possibly increasing.

Occasional Driver – An occasional driver is either a family member or a friend that occasionally drives the primary driver’s car. For example, this driver may take this car out for a spin every week or so and not on a full-time basis.

If an occasional driver gets into an accident, your insurance will work the same as if you were involved, with your premiums possibly increasing.

What to do Before Allowing Someone to Borrow Your Car

There are a few things you should be sure of before you allow someone to borrow your car.

The following are 3 key points you want to consider before allowing someone to borrow your vehicle: 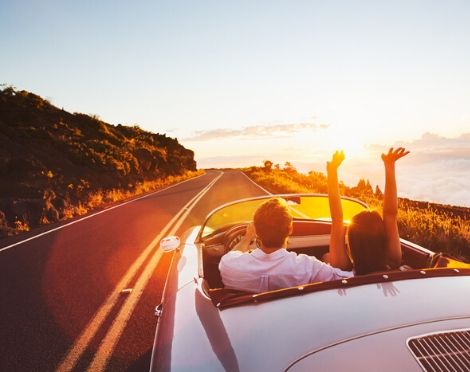 When an Incidental Driver Gets Into An Accident

If someone who is borrowing your car gets into an accident, it can cause your insurance premiums to rise and you may be penalized as an unsafe driver, even if you weren’t actually the one operating the vehicle at the time of the incident.

In Ontario, when you allow someone to borrow your car, they are also borrowing your insurance.

If someone who is borrowing your car gets into an accident, your insurance policy should cover the costs, however not guaranteed, if the driver complies by doing the following:

When you get car insurance, the insurance follows your car, not you. This means if someone else is driving your vehicle, it is covered under your insurance. This seems like a positive occurrence that can be a benefit to a family member or friend but it can also be a negative. If someone gets into an accident while driving your vehicle, your insurance may go up just the same as if you were the one behind the wheel. Although the damage that is done during the crash would be covered by your insurance, your premiums will more than likely increase in the process. If you have specific questions or are unsure about how your coverage works, call Riders Plus Insurance, and one of our automotive insurance specialists will be glad to give the right advice for your situation.

Riders Plus Insurance – Protecting you and your ride since 1996

Don’t Let It Be Your Fault – Motorcycle Braking
Posted in: Rider Training and Safety
We specialize in motorcycle insurance
Get your free quote in under 3 min now
get online quote now